Telescope Targets | How to Use a Telescope | Part 7

This article explains how to choose objects of interest in the Northern Hemisphere that are completely circumpolar for most people living in the United States, Europe, South Korea and Japan, and of course, all those living anywhere north of these places like Canada, and if you live closer to the equator, you’ll probably be able to see these objects, at some point during the night and just might need to wait until the object is high enough above your horizon. There are two bright sky patterns that are circumpolar for most people in the Northern Hemisphere, and that’s the Big Dipper and Cassiopeia, these are on opposite sides of the North Star, so if one of these is high in the sky, the other is low, and so on. I always use the Big Dipper and Cassiopeia, as a guide to find the circumpolar Deep Sky options. So first, my favourite year-round target is NGC 457 (open star cluster). I check on this cluster, almost every time I am stargazing, it’s especially impressive to those who are new to stargazing, because it gives them an immediate taste for the beauty of open star clusters, and the reaction I get from showing this cluster to people is on par with showing people Saturn, “Wow” This cluster can be found with any telescope and generally in any skies, no matter how light polluted.

You can find NGC 457 By looking at Cassiopeia, as a big W, and lining up the two leftmost stars as follows. 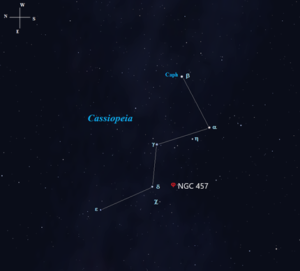 The second target is one of the most popular Telescope and Binocular targets in the sky, and that’s Kembles Cascade a perfect line of stars that stretches across your binocular or small telescope field of view. The best way to view this cascade of stars in the telescope is to start at one and then down to the other appreciating the beauty and subtle variation in colour of each of the stars at one end of the Cascade lies a prominent open cluster of stars called NGC 1502 or the Jolly Roger Cluster so you’ll definitely want to check that out as well. 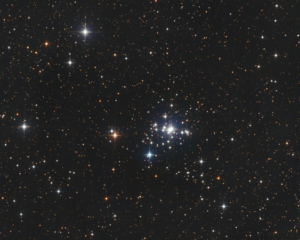 Kembles Cascade is found in the Constellation Camelopardalis, to find it use Cassiopeia as a guide and move clockwise around the North Star. The Cascade, cannot be seen with the naked eye, so you’ll need to point your Telescope or Binoculars at just the right spot. That said, because this object is large, it’s not that difficult to find.

The next beautiful target is the Swimming Alligator or NGC 7160 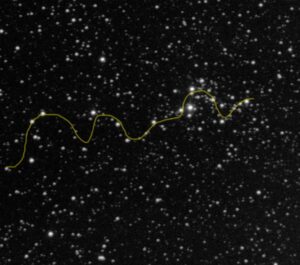 I am not sure what it is that makes people like this one so much, basically, it’s a pride of stars with a little tail of stars trailing off behind it, but for whatever reason, it makes people smile. 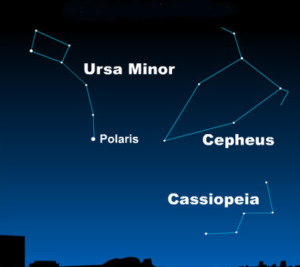 To find the swimming alligator cluster look counter clockwise from Cassiopeia, to find the square of stars in the constellation Cepheus by looking around inside the square you’ll find this cluster without much difficulty. However, it may require adding a higher power Eyepiece to optimise the view.

Two other Galaxies which are great to observe, one is the M82, also known as Cigar Galaxy which is a starburst galaxy approximately 12 million light-years away in the constellation Ursa Major, and the other is M81 the largest galaxy in the M81 Group, a group of 34 in the constellation Ursa Major at approximately 11.7 million light years from the Earth. 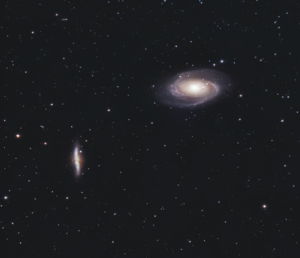 For whatever reason, I’ve always found these Galaxies to be the easiest Galaxies to find in the entire sky. I even find them faster than I find Andromeda. All I do is line up the two stars in the Big Dipper and double the distance. (See image) 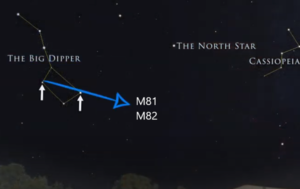 If I point my finderscope at this exact spot, I can almost guarantee these galaxies will appear in the eyepiece. Now, these may be a challenge for very small telescopes, in which case you may need to go to darker skies, but even with three inches of aperture, I haven’t had a problem finding these targets from a city location.